I'm pretty tired out and would rather be napping than composing a post but I took on this daily writing challenge so I must do something!

It's been a rainy day here so I've been doing things around the apartment.  I did three loads of laundry and even folded it (a miracle), made some apple sauce and some bread and tackled my bedroom.  I'm ashamed to admit how long it's been since my bedroom has had a good clean-out.  I found a book borrowed from a friend that should have been returned AGES ago (I feel like such an asshole), months worth of magazines and a multitude of stuff that was emptied from pockets and dumped on my bureau.

I really shouldn't procrastinate that kind of cleanup because it always makes me feel so good afterward.

Another thing I came across was a small cross-stitch kit that I bought ages ago and never started.  I think that I found it at just the right time since it's almost Christmas and it just happens to be a Christmas pattern.  Now if I can just move myself to finish it in time, that will be a true Christmas miracle…..  stay tuned. 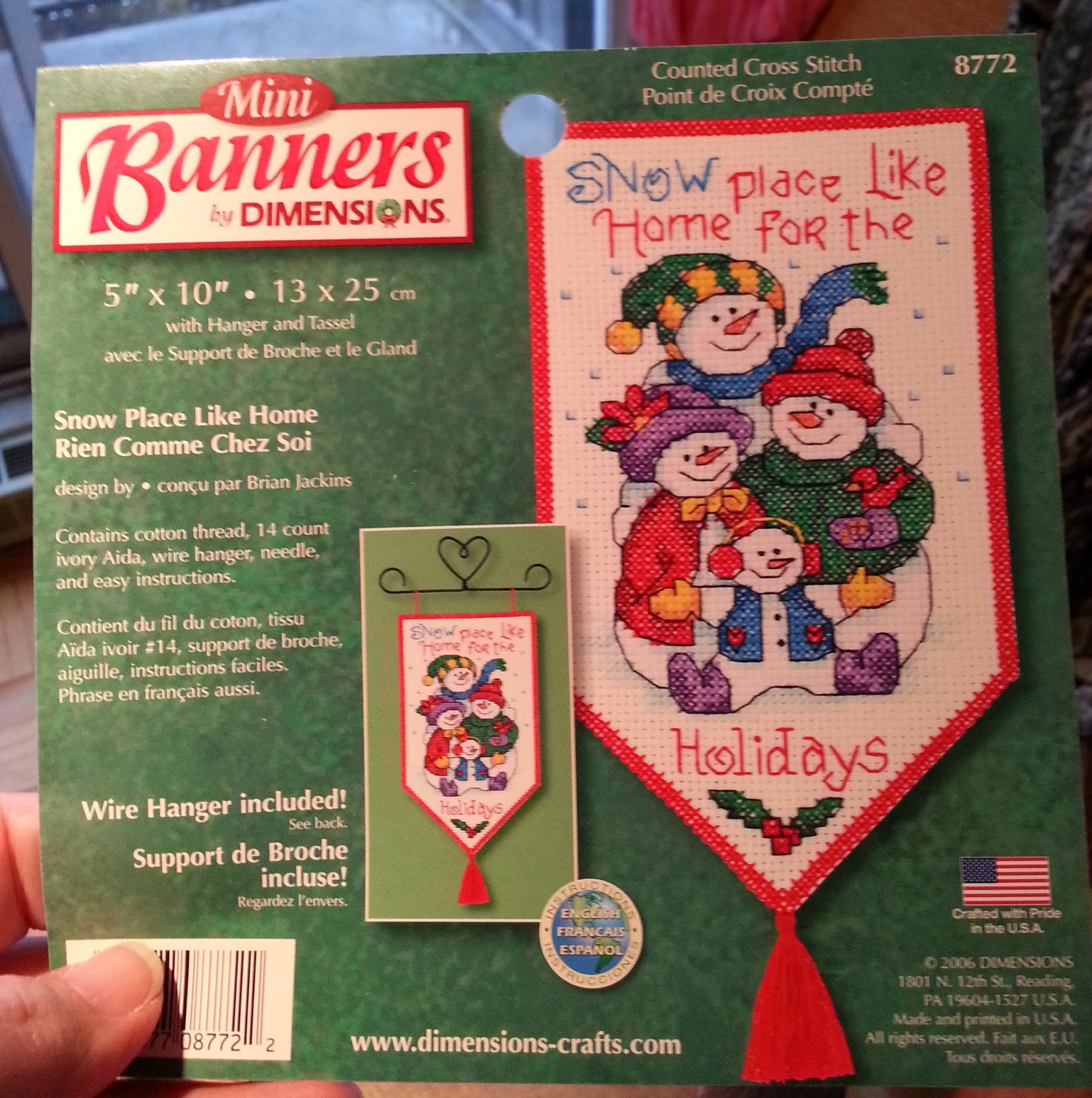 I hope that you have had a productive day too  :)