I had to laugh when I saw Mama Kat’s writing prompt for this week – write a list of 10 reasons why you could not be a real housewife from any county.  I like to think that I get a passing grade as a mother but housewife?  That’s one test I would definitely fail!

-First of all, I’m not even a wife; I’m an ex-wife.  Ex-wives can’t even pretend to be housewives if they want to pay the rent and actually eat unless they score an excellent settlement in the divorce.  Sadly, I didn’t.

-One word:  dust.  The rich housewives that you see on television who have maids and most other, normal, housewives for that matter wouldn’t be caught in a dusty house.  I hate dusting.  Hate! It!  It only happens when I’m having company and want to somewhat impress them.  Even then, the effort is really only half-assed.  The dust bunnies under my bed all have names……

-I’ve never actually seen any of those “Real” Housewives shows but I they look like the type who “Do Lunch”.  Unless meeting at Tim Horton’s for a sandwich and doughnut qualify, I’m not sure that I’d make it past auditions.

-I had a boyfriend in my (way) younger days whose mother actually ironed her sheets.  Is that still a thing?  If so, I am a failure.  My kids consider themselves lucky if the sheets are washed regularly.

-Are organized cupboards a requirement?  I have a couple of kitchen cupboards that threaten to vomit their contents if you pull out the wrong thing.  My sister-in-law commented that they make great booby-traps.  Sadly, she wasn’t wrong.

-The only things that I have successfully kept alive are my kids and cat; only because they make noise and get my attention.  No plant has ever entered my home and survived.  I took a chance this spring, however, and bought some herbs and a pot of flowers for my balcony.  I’m hoping that being outside where Mother Nature can see them will give them a fighting chance.

-Whenever I see pictures of the TV Housewives, they are always perfectly coiffed, manicured and clothed.  I guess that it helps that they all probably have maids and never have to lift a finger to have perfect homes but, frankly, even with a maid, I’m not sure that I could ever look like that.  Not sure that I really want to.

-Having a job outside of the home, I’ve been known to take shortcuts at supper time.  A good example would be the frozen hamburgers and fries that I whipped up the other night.  That doesn’t happen every night, of course, but it’s been known to happen with at least some regularity.  Would this change if I was a housewife?  Maybe, maybe not……...let’s be honest, probably not.

Okay, I can’t think of ten things.  I bet that one of those Real Housewives could easily think of ten reasons why I’m not one of them.  I bet that a normal, ordinary housewife in suburbia could also flesh out this list pretty easily too.  See, I can’t even make lists like they can!  (ooh, that’s the ninth thing!)

I saw this video this morning and absolutely love the this lady's message.  As a plus size woman, I have always had trouble loving my body.  I've always felt judged even though I'm sure that most people don't even give me a second look.  Imagining the judgment is probably worse than anything that anyone would actually say.

I had a bit of a lightbulb-going-on moment not too long ago when, after a get-together with my sister-in-law and niece, my niece gave me a hug and commented that she loves to hug me because I'm so soft.  She loves my hugs.  I smiled for days after that.  I'm not sure that she understood what an impact that one off-hand comment had on me.  For once, I actually felt good about my body.

Everybody should have a moment like that now and then as a reminder to love themselves just as they are.

This Body Image Movement started by Taryn Brumfitt is something that every woman needs.  Whether a woman is large, small, tall or short she needs to be told that she is perfect as she is and needs to BELIEVE it.  This movement's Facebook page can be found here - https://www.facebook.com/bodyimagemovement

Check it out and, if you can, make a donation to help her make her documentary that will continue to spread her message.  If you can't then just give her a shout-out and enjoy her message. 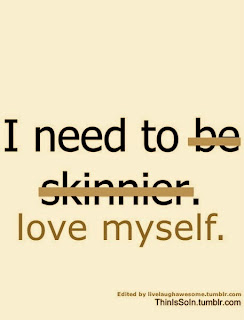 
“You HAVE to go back in time and choose a different career path for yourself.  What do you choose?”

It’s funny that this is one of Mama Kat’s writing prompts this week because I’ve been daydreaming lately about what I would do if money wasn’t an object and I could just do what makes me happy instead of what pays the bills and feeds the kids.  Darned kids are bottomless pits……. 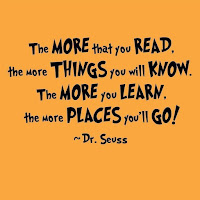 If I were to win the lottery, I would like to retire and go work part-time in a book store.  I am so in love with reading that the idea of working with books and being around other book lovers would be a dream job.

If I could go back and start over though (as the prompt suggests), I think that I might have perhaps geared my studies toward working in the publishing industry.  In what capacity, I’m not sure.  I don’t think that I have what it takes to be a professional writer but the idea of working with authors and being a part of the process that brings books to the store shelves is very appealing.  Of course, I would have had to be careful not to geek out and gush when meeting the authors (which is a very real possibility) or I wouldn’t have lasted very long.

Owning my own book store would have been a wonderful goal too but I’m rather glad that I never went that route.  With the advent of the internet and e-readers, small bookstores everywhere are going out of business.  Only the big guys like Chapters, Indigo, Barnes & Noble, Amazon, etc. seem to be surviving these days.  If I had opened my own book shop in my younger years, I’d probably be in a lot of trouble now.

I find this a very sad state of affairs but I guess that we can’t argue with progress.  A lot of people love e-readers, and I’m glad for them, but my first love will always be holding a book in my hands.

I have a good, steady job that pays the bills and feeds the bottomless pits that are my kids, and I am extremely grateful for it, but it doesn’t stir my passion.  Perhaps this is part of why I’ve been feeling blah these days.

Perhaps this is why I’ve been daydreaming………

I have just read Still Alice by Lisa Genova.  I had heard so much about the movie that I decided to pick up the book.  Yes, I’m one of those people who like to read the book first.  Don’t lecture me about spoilers; you won’t change my ways.  I wanted to read the book first so that I could tell if the accolades being bestowed on Julianne Moore’s performance were well earned.

I have since changed my mind.  I have no intention of seeing the movie.

If Ms. Genova’s depiction of early onset Alzheimer’s and the insidious way that it creeps into your life is anywhere close to accurate, it scares the crap out of me.  I’m forty-five and have friends and in-laws who are fifty or older and the idea that this could happen to any of us at such a relatively young age makes my heart ache.

Imagine it…….. slowly losing your mental faculties AND KNOWING IT!  You completely forget people that you met five minutes ago.  You can’t find your way home in your own neighborhood.  Repeating yourself during the course of a telephone conversation because you don’t remember what you said a minute ago.  Not being able to track what others are saying to you or around you.  Starting to forget the names and identities of your closest family.  Eventually, you don’t know how to read, write, feed yourself……

This is tragic enough if you are seventy but fifty?!

This book is so well written that I couldn’t help but stick with it until the end even considering the visceral response that I have had to it but I will not see the movie.  If the reviews are right about what an incredible job Julianne did in the role, I’m not sure that I could handle it.  This story hits far too close to my greatest fears for me to want to see it brought to life.

That being said, I do recommend the book.  The insight that it gives us into the life of someone diagnosed with this disease is both scary and enlightening.


My life hasn’t had much excitement these days but my son’s life has been pretty exciting.  He is in Grade 11 which, here in Quebec, means that he graduates high school this year.  They have already had the Grad Semi-Formal dinner/dance back in the fall which gets the ball rolling.

A few weeks ago they went on the Grad trip to New York City for four days.  Fifty teenagers, five chaperones……. what could go wrong?  Before they left I alternated between being thrilled at the experience that he’d have and being terrified that I’d never see my first-born again.  They saw all of the usual sights including the Metropolitan Museum of Art, Madame Tussaud’s, Central Station, Ground Zero, etc. and went to a Broadway show (Jersey Boys) their first night and a comedy club the second night.

The piece de resistance though was the Canadiens – Devils hockey game on Good Friday.  They all got free Habs t-shirts and also had passes to go down on the ice after the game for pictures.  I told him that if he met Max Pacioretty, he had to tell him that Mom thinks he’s a cutie  ;)  Sadly, they didn’t meet the players but it was still cool anyway.

They all come back from New York in one piece, with plenty of tales to tell about the sights that they saw and, with four teenage boys to a room, the smells that they smelled.

We now have to start saving our pennies for the formal Grad dinner/dance which is right around the corner.  Limo, suit, corsage for the girlfriend, pictures……. it’s coming too quickly!

Add all of this to the fact that he has been accepted at John Abbott College in the fall and this is going to be an exciting, if expensive, time for him.  I was mentioning all of this in an email to my ex recently and said that our wallets are going to be bleeding.  Sadly, I wasn’t joking.

If you don’t hear from me, it’s because I’m working three jobs to pay for all of this.