I have decided, for the sake of my sanity, that I'm going to channel surf between the hockey game and the election coverage.  I'm not sure that I can take the stress of slowly watching the results come in without any break.

It seems like the whole internet is stressed out!  You can feel it all over every social media site.  The funny thing is that I'm noticing that most posts aren't even arguing over who's better now; they're mostly just saying to go out and vote and finish this.

I think that we're all just exhausted and want it to be over regardless of where the chips may fall.

Probably, by the end of the night, this is what I'll be doing:


There may be some wine involved too.....

What am I thankful for today?  I'm thankful that my beloved Habs are going to beat the Boston Bruins tonight (fingers crossed!)

Back on the horse NaBloPoMo - Day 7

Oops, I missed Day 6 of the challenge!  My daughter was on the computer for most of the day yesterday working on a school project and, by the time she got off, it was supper time.  It was only as I was going to bed that I realized that I had ended up missing yesterday's post.

I guess that I'll just get back on the horse today.  I'm trying hard not to put a lot of pressure on myself here and just have fun so I'm not going to beat myself up too badly.

This weekend was really pretty relaxed.  With the exception of grocery shopping and some laundry, I took it easy after the super-busy workweek that I had just finished.

I made my first apple sauce of the season yesterday (yeah, I'm a bit behind) which always makes me happy and supper was a shepherd's pie.  This is the time of year when I get into all of the wonderful comfort foods that are just too much effort in the hot weather.  Yes, I should have taken a picture of that wonderful dinner for this post but we were just too eager to dig in to think of it!  The empty pan just doesn't look as nice  ;)

My coworkers and I were talking about how stressed everyone is about the US election.  We're in Canada yet I'm pretty sure that most of us will be watching the coverage tomorrow night and I NEVER watch American election night coverage.  Heck, I have a hard enough time watching Canadian election results slowly roll in yet I know that I'll be glued to my screen tomorrow night.  I bet that a lot of non-Americans will be doing the same.

What am I grateful for today?  I am proudly, gratefully, Canadian with a kick-ass Prime Minister.

Montreal is definitely a hockey town.  We are passionate about the game and there are many who take every win (and loss) like a personal triumph (or tragedy).  Walk into any office, school or bar and you are guaranteed to hear hockey talk.

I enjoy hockey and do tend to follow along with the news but I'm not so fanatical as to know every statistic or lose my mind over it. That said, the Montreal Canadiens (our beloved Habs) have been on a winning streak since the start of the season and I had planned a post today to do a bit of bragging but then......

..... last night happened.  We lost 10 - 0 to the Columbus Blue Jackets!  That wasn't just a loss, it was a humiliation.  They totally handed the boys their asses!  Our star goal tender, cutie Carey Price, was not in nets last night and the team just didn't have his replacement's (Al Montoya) back.  You could see poor Carey pacing off-ice like a caged tiger, just wanting to get in there and help.  I don't know what the coaches were thinking.

It was a massacre, I tell ya!

Like any true fan, though, one loss will not deter me; not even one as monumental as that one.  I still love "les boys" of the Bleu, Blanc et Rouge (blue, white and red) and will be in front of my TV to cheer them on tonight.

This is what most fans were saying last night though:


What am I thankful for today?  A rainy day that gives me a good excuse to curl up with a good book and a cup of tea.

There is a lady whose blog I read on and off and who I follow on Facebook.  She blogs without using her real name or those of her family so is fairly free to talk as she pleases.  This week, she has been talking about the visit of a family member who she refers to as the "drama llama" for all of the drama and stress that she brings with her.  This woman, apparently, just winds everyone up.

I try really hard to not give advice to people who are facing issues in their life because, let's face it, my life isn't a stellar example of perfection.  That being said, I wish that I could take her aside and tell her to distance herself from toxic people - related or not.  This woman is a toxic influence in her life and she owes it to herself to not allow this.

I did this with my own mother.  In the last seven or eight years or so before she died last year, I distanced myself from her as much as possible.  I only laid eyes on her a few times a year and, even then, only for a couple of hours or so.

Nobody looks at my kids when they express feelings that are different and tells them "don't be so silly".  Nobody has taught them that it's better to be quiet than to risk being shot down for their opinion.  Nobody has destroyed their self-esteem.

I don't claim to be a perfect parent but my greatest hope is that my kids won't grow up to call me a toxic influence on their lives.

I wondered if I would have regrets about the distance that I put between her and I once she was gone but I don't.  I did what was best for my own sanity and for my kids' well being.  No regrets there.

If I felt comfortable advising my bloggy friend, I would tell her that nobody has the right to make her life miserable; that she has the right to say "enough!".  Maybe she'll eventually reach that conclusion herself or perhaps she'll find a better way to deal with her drama llama.  Either way, I look forward to applauding when she finds her way.

What am I thankful for today?  The fact that I was able to leave work at a normal time today after yesterday's very long day.  C'est le weekend! 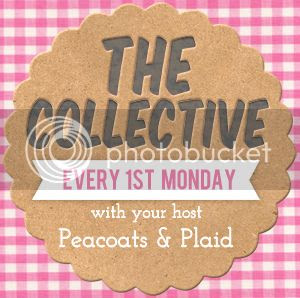 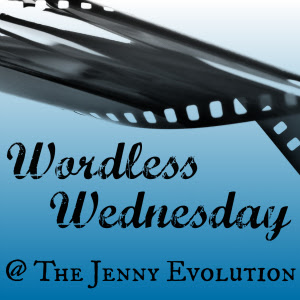 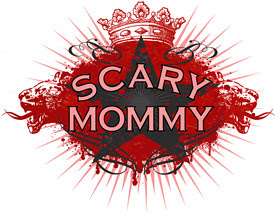 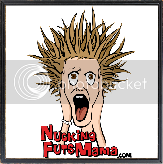 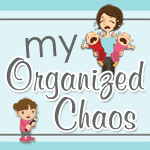 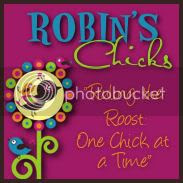