One of the prompts for Mama Kat's Writers Workshop this week is a poem using this tool.

I must say that I'm rather impressed.  She said that this would be a great exercise for kids too and I quite agree. 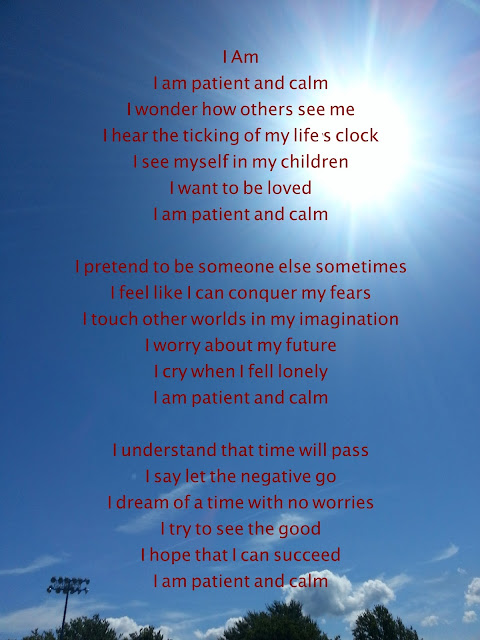 
I recently had another lesson in just how much we have all come to depend on our cell phones.  I don’t know about you but my phone seems to have become an extension to my arm – it’s always there.  My teenagers are just as bad.  Every conversation with them these days seems to happen by text.

A couple of weeks ago, I was at a local shopping centre with my uncle and he was waiting at a cash register to pay for a purchase.  I needed to go to the washroom so he said to go ahead and he’d catch up to me.

Sounds simple, right?  Well, when I came out of the washroom, he was nowhere to be seen.  Since he’s from out of town and didn’t know the shopping centre well, he ended up wandering in the wrong direction.

No problem; I just whipped out my trusty phone and then……. froze.  You see, he’s a little bit out of the loop technologically and doesn’t carry a phone in his pocket.

I must have looked like a deer in the headlights standing there with a phone in my hand with no clue what to do.  When was the last time that I went anywhere with someone who doesn’t have a phone in their pocket?  He had dropped me off at the door earlier and then parked the car so I didn’t even know where the car was to go meet him.

I haven’t had a problem like this in YEARS!  Back in the day, when you were temporarily separating from someone in a public place, you would synchronize your watches and decide that you would meet in a certain place at a certain time and you made sure that you were there because there was no way to let the person know where you were.  Nowadays you both go do your thing and then call each other on the trusty cell phone to decide where to meet.  I don’t even own a watch anymore!

This story did have a happy ending.  The mall wasn’t a big one and I managed to find my uncle without calling in a search party.

It wasn’t so long ago that the thought of having a phone in your pocket so that you could be constantly in touch with people was unheard of but now we take it for granted so much that someone without a phone in their pocket is the odd one.

Don’t worry Uncle K, you may be the odd one but we love you anyway.

A post in fifteen lines for Mama Kat's Workshop

My mother died just over a week ago.

I won't say that we had a "complicated" relationship because, honestly, there really wasn't much of a relationship.

Still...... the way she lived the last few years was sad.

I have plenty to be bitter about and could be very negative.

I chose instead to let go and walk away; it saved my sanity (mostly anyway).

Still...... I am now dealing with the aftermath of a life not well-lived.

There are debts and dirt to deal with.

No assets except for her cat which is living under my daughter's bed at the moment.

I didn't even know the cat's name for sure until we found the vet records.

How damned sad is that?

Most of the well-wishers don't realize the emotional distance between us and I, mostly, keep it to myself

It's easier to just say "Thank you"