What happened to my little girl?

My daughter changed her profile picture on Facebook the other day and it blew my mind.  She looks so adult!  Who is this young woman with my daughter’s name?  She’s only going to be thirteen in September; not nearly old enough to look so grown up.  Right? 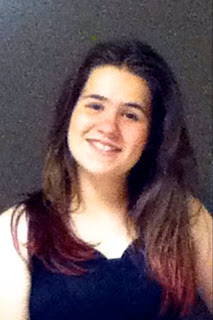 Yes, I’m a bit delusional.  Deep down though, I know that she’s growing up.  She’s had her period for a while now along with fully developed boobies and the curves that go with it.  I hyperventilate a bit when she puts on those short shorts that all the girls are wearing and hold myself back from throwing a blanket over her.  Her father is pricing shotguns as we speak.  This whole “developing body” thing has been pretty hard on him.  When she has her first date, he may just have a stroke.

Her personality is developing right along with her body.  She may be just heading into her teens but she has the whole act well worked out.  My former early-bird is just about impossible to get out of bed in the mornings now and boy is she grumpy!  There is a small, sadistic part of me that gets a thrill out of dragging her out of bed the way she used to do to me.  When she was younger, I actually had to make a rule that she wasn’t allowed to set foot out of bed until after 6:00 am!

She has her own distinct style and knows exactly what she likes.  It’s rare, while we’re shopping, that she’ll like something that I point out.  I’ll hold up a cute shirt or some pants and I get “Meh” with a shrug.  Sigh……  I rarely try to buy a piece of clothing for her when she’s not with me since I tend to end up returning it.

My early teen years were so damned hard.  I had a terrible time with low confidence; in my body, my personality, you name it……  Although I wasn’t as overweight as I am now, I was never a skinny little thing and never had any co-ordination to speak of so I was that kid who was always chosen last in gym class.  Add to this that I was painfully shy with a very small social circle and you’ve got a formula for misery.  Bullying was something that I was unfortunately familiar with.  Thankfully my daughter takes after her father in all of the good ways – we’ll save what her brother got from their father for another post.  She is confident and outgoing; able to make friends everywhere that she goes.  She is never chosen last because she has too many friends who want her to be with them.   She has a personality that draws people to her.  I am so grateful for this but am always alert to any changes.   I don’t ever want her to have to deal with the body image issues or rejection that I had to deal with.  I just have to be careful not to project my past experience on to her.

Despite my worries, she seems to be navigating high school and all of its challenges with grace and for that I am grateful. 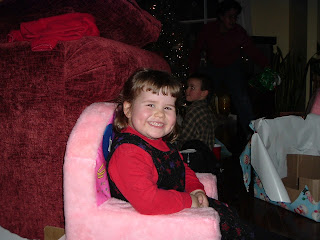 I love the young lady that she is becoming but it's still nice to see the occasional glimpse of my little girl in there.