New Things On The Horizon 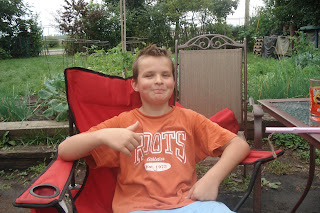 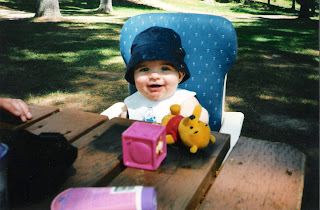 Today, I bought my son a cel phone. Many people have said that so you wouldn't think that it's a big deal but, in this case it is. It is the beginning of a new era in this family. You see, he is turning 11 in a week-and-a-half and is in Grade 6. This means that he will be starting high school next year and his father and I have decided that it's time that we started giving him more responsibilities and freedom.

Next year, he'll be taking public transit to go to school, travelling on his own; not being driven to school to hang out in daycare like he has for the last six years. This will be a huge change so we've decided to get him used to this by letting him walk home from school (with his sister) rather that stay at daycare until I get home from work. This will mean two hours on their own during which I expect them to do their homework. We'll only be doing this on the kids' weeks with me since their father lives further away from the school, making the idea unfeasible for his weeks. Call it the big experiment in freedom.

Now, Scout Boy is totally thrilled at the prospect of this and can't wait for Monday to come. His mother, on the other hand, is suffering acid reflux at the idea. Don't get me wrong, both of my kids are very responsible and are totally not the type to play with matches or throw wild parties (not yet anyway...) but I'm a mother and it's my job to worry. Hence the purchase of a cel phone to be able to call me. You see, I dumped my land-line almost two years ago because I was tired of paying for a cel phone AND a land line when I barely talk on the phone enough to justify one phone line. I figured that I would revisit the whole phone idea "once the kids are older". How did that time come so quickly?!

It seems that, just yesterday, he was a toddler vying with his new baby sister for my attention. Now he's almost as tall as I am (his dad's 6'2" and he's heading there too, I think) who does so much without me now. I'm so proud that he is mature and responsible enough for me to be able to even consider this. It means that Stinky and I have done a pretty darned good job as parents. There is, though, an undeniable ache in my heart that makes loosening those apron strings so very tough. Well, maybe I won't have to loosen them too much. After all, I've got his number on my speed dial.